An Evening with Simply Beer at the Elizabeth Street Brewery

August 20, 2010
I slogged my way uphill to reach the Elizabeth Street Brewery tucked away in the quite Noe Valley neighborhood of San Francisco.  It’s a homebrew hot spot gaining in notoriety ever since Richard Brewer-Hay opened his garage door seven years ago. Richard is a social media foot soldier by day, but at night and on weekends coaxes craft beer from his kettle in the backyard and shares it with friends and avid enthusiasts. A large following has formed with help from Twitter and old fashioned word of mouth.  San Francisco Magazine recently paid him a visit and he’s had to scale back the special events since the night 200 people showed up along with the SFPD. Now he’ll tweet details of the party and the 12 lucky souls who reply first come knocking. Since I’m tethered to Twitter these days I quickly jumped on board for my first visit.
Wednesday night’s festivities were a little out of character. Richard’s tap was dry. Instead, the focal point of the evening was the fine work of homebrewer Peter Kennedy, also known as Simply Beer.  Peter hales from New Jersey and has been brewing for 12 years.  He connected with Richard via Twitter and when vacation plans included a visit to the Bay Area, all it took was a successful beer delivery from UPS and an enjoyable night ensued.
I showed up late to a full room of unfamiliar faces crowded in the back of the garage. Richard was already holding court and on the verge of cracking the first bottle, a Trappist style brew called Sorachi Patersbier, which recently claimed Best in Show at the NJ State Fair. Peter broke down the vital details of its construction and willingly admitted to sending the beer “sight unseen” to the competition after having spent only four days in the bottle. Skill and luck produced a wisp of lemon on the nose, plenty of carbonation, and a refreshing flavor perfect for the summer. A round of happy murmurs rose from the crowd and we were off to a good start.

The second selection from Simply Beer incorporated the remnants of a Jersey blizzard.  A large batch of “white” snow was utilized to create Snow Wit, a Belgian wheat ale steeped with Brettanomyces Bruxellensis yeast.  Apparently you need a shit ton of snow for a 5 gallon batch of beer. Over 35 gallons of the fluffy stuff was required!  I’m not sure the effort gave the beer any additional character then normal brewing water, but the end result was still pleasing. The effervescence and flavor was sweet and in my mind traces of bubble gum kept popping up. I’m not sure if this was a product of the funky yeast or my bizarre perception? Regardless, the pale yellow brew seemed to satisfy everyone as we eagerly awaited the evening’s highlight.

The finish line for this three-course meal was a Chocolate Peanut Butter Porter. Just the name left everyone salivating in anticipation. Before pouring the beer Peter described the difficult process of manipulating the peanut butter, which involved separating the oil from the butter over the course of six weeks. Too much oil will kill head retention. I thought the beer might be overly sweet, but was astonished by its subtle flavor and wonderful balance. The peanut butter kicked in at the end and seemed to linger for a long time. It was smooth and delectable. When everyone finished their initial taste, a chorus of ooohs and aaahs filled the room and pleas for special orders quickly followed.  I’m not sure I’ll ever taste a concoction like this again. Naturally, I savored the moment.

After the tasting we killed the leftovers and Richard started pouring stray bottles from his fridge along with some 21st Amendment growlers. Shaun O’Sullivan, the owner of 21st Amendment was on hand and with Richard’s help they relived their gold medal victory at this years World Beer Cup. In short, Imperial Jack almost didn’t make it to the event. The gathering came to end shortly thereafter. It was a great night and I look forward to visiting again this fall when Richard’s beer will be on tap for NFL games. If you would like to pay the brewery a visit, be sure to follow Richard on Twitter @ESBAle and if you’re a homebrewer check out @SimplyBeer as well. 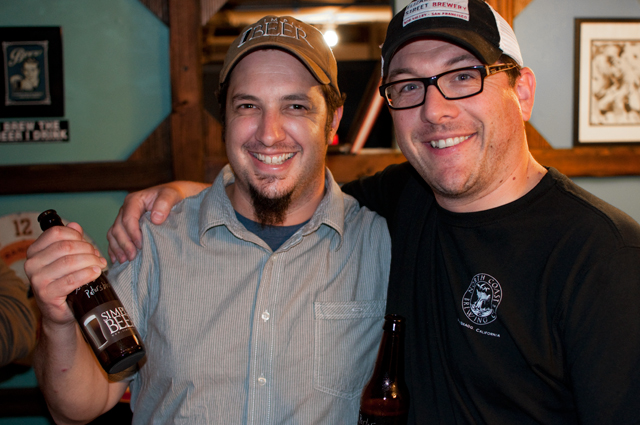 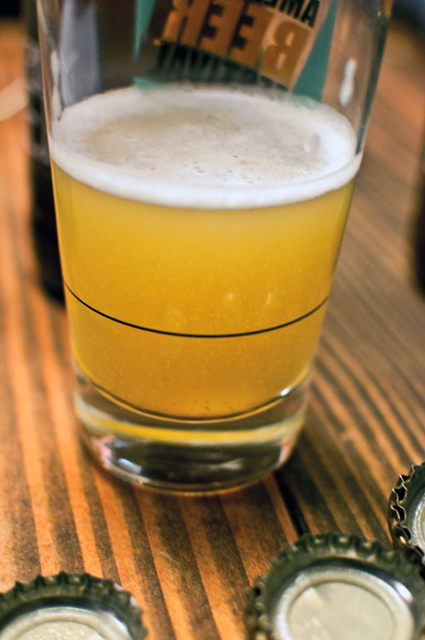 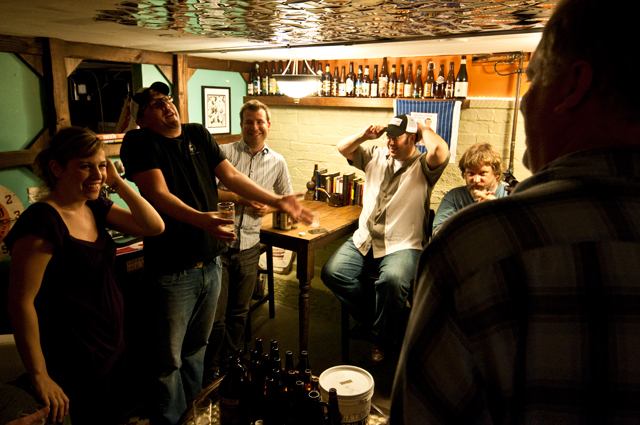 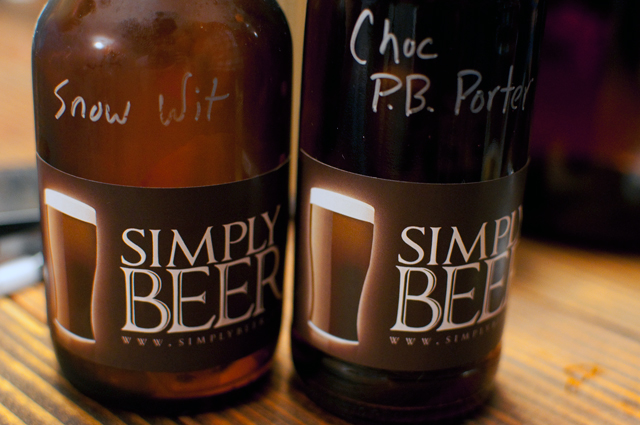