At the Mouth of the Golden Gate

If there were a top ten list of beautiful brewery locations, I’d expect to see Fort Point Beer on it. The newly opened brewery is situated at the mouth of the Golden Gate in San Francisco’s historic Presidio, a former military base until 1994. Now the 1,891 acres are parkland managed by the Presidio Trust and the National Park Service. 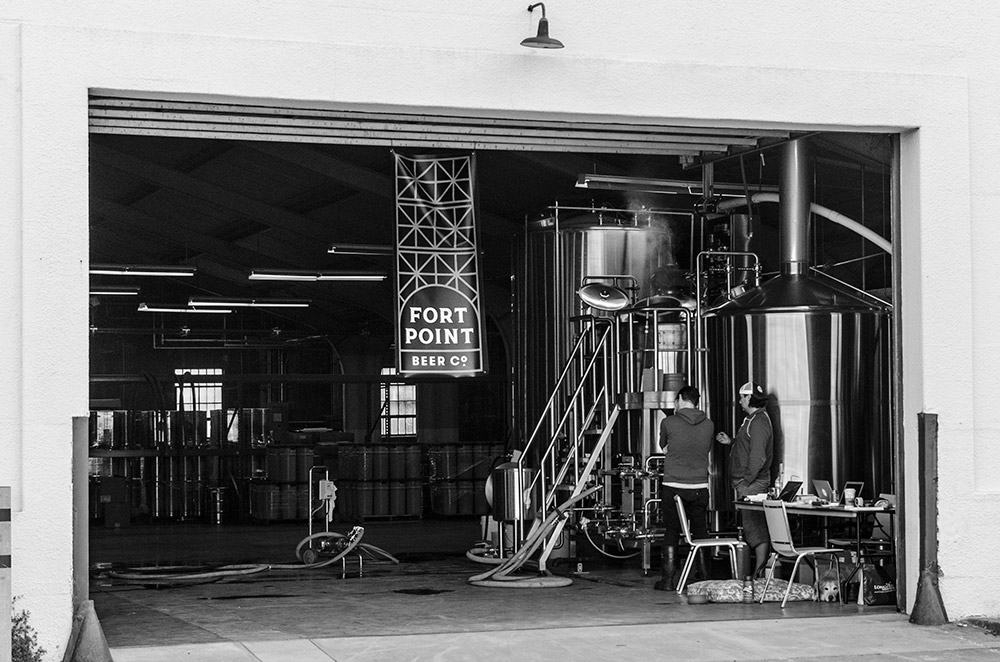 Head brewer Mike Schnebeck can roll the brewery door open, which use to be a U.S. Army Motor Pool garage, and stare at the Golden Gate Bridge every day. Only if it’s not blanketed by fog and driven by a chilly breeze. I’m sure the early mornings are cold, but at least the view is momentarily distracting.

I spent a couple hours at Fort Point Beer last week. They’ve only been brewing for a month and it was my first visit. I needed to gather some pictures for a press release and blog post that welcomed them to the San Francisco Brewers Guild. As a result, most of the pictures are focused on the brewery. After talking up the beauty of the place you might expect to see some color, but I couldn’t resist the black and white tones in post production, with one exception. 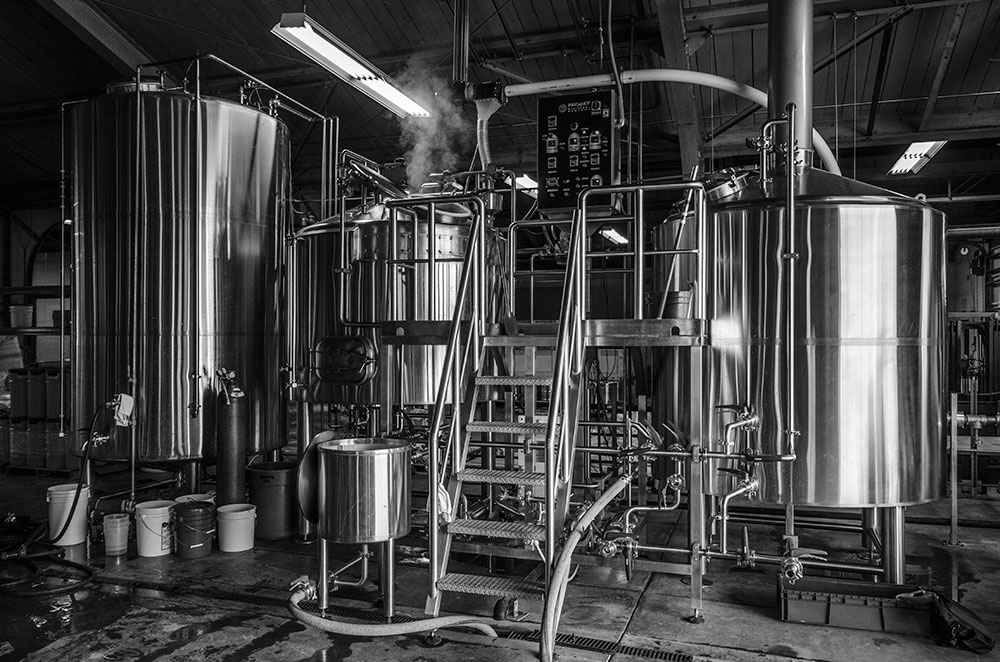 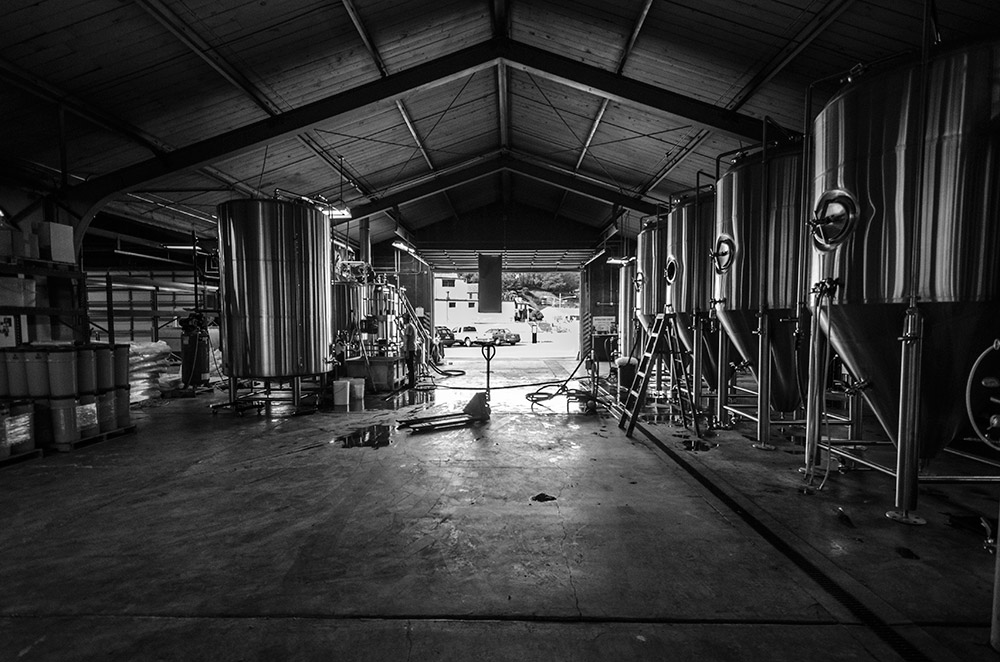 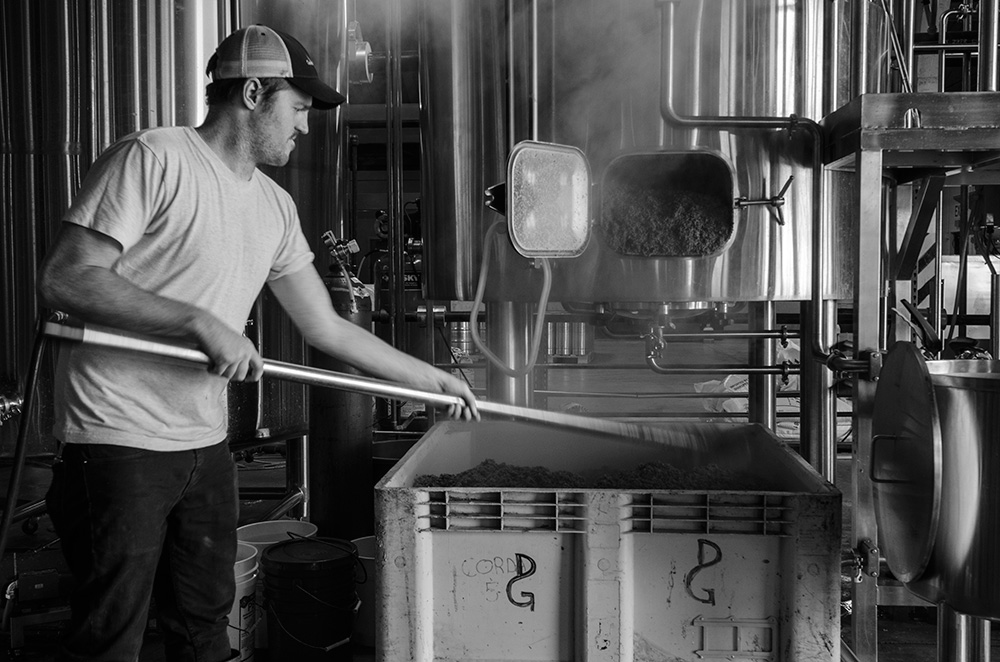 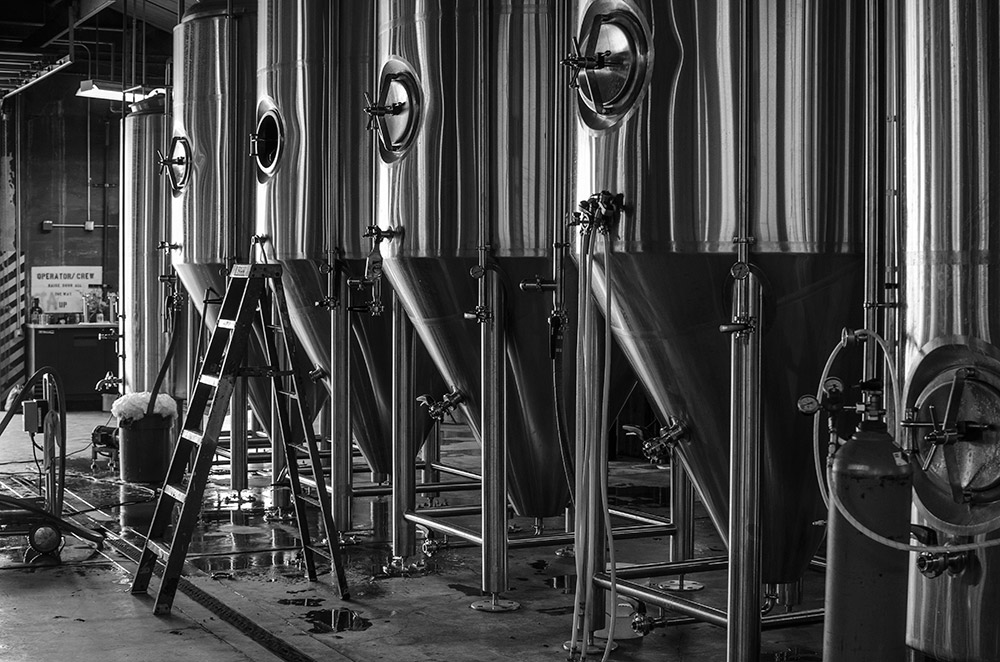 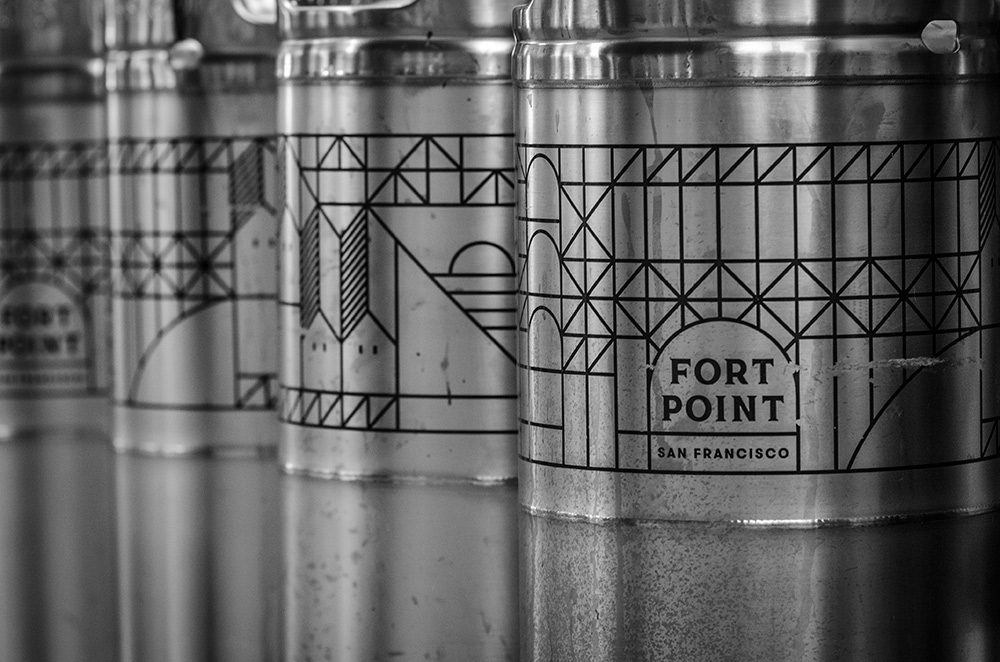 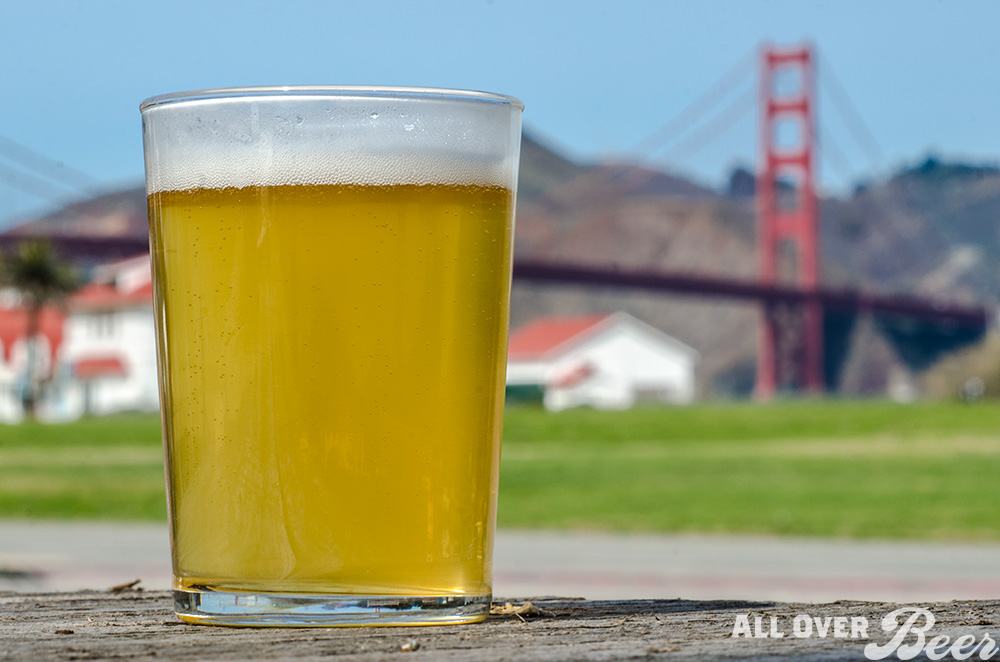