Behind the walls of a suburban home in Sunnyvale, CA, rests a collection of giant proportions. Arranged in cabinets, on shelves and consuming an entire bedroom is the Anheuser-Busch memorabilia Bob Della Rochetta has amassed over thirty years. Just about everything the company has put their name on he owns: cans, trays, openers, t-shirts, bags, etc. In one respect it’s a marketing museum, but it’s also a personal tribute to an American legend and the history of beer.

Back in 1974, while Della Rochetta was still in high school, The Beer Can Collector’s Bible caught his eye in a bookstore. He poured over the book but the obsession stayed dormant until years later when he bought a few cans at an antique store during a trip with his cousins to Disneyland. One can lead to another and before long Della Rochetta was attending Bay Area swap meets and traveling around the country to numerous shows.

I met Della Rochetta at the Watsonville Beer Can and Breweriana Show in early November. I started buying vintage labels during the summer and wanted to gain some insight into the collecting community. I was the whippersnapper among men who started when the hobby took off in the late 60’s and 70’s. While money does change hands, the event was primarily social.  Stories about new acquisitions or a fish that got away were plentiful. Della Rochetta sold me several labels and we struck up a conversation. 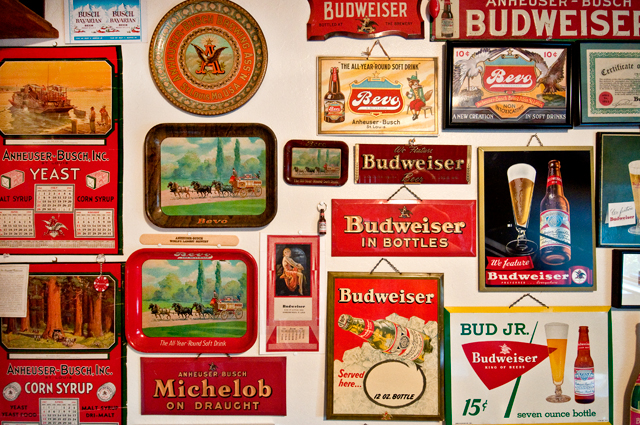 The obvious question, why collect Anheuser-Busch? “They were the biggest,” which is fair enough. In reality there wasn’t a glut of options. In 1975, only 117 breweries were in operation, compared to over 1500 today. Brewery consolidation had reached its zenith in the post-prohibition era. Jack McAuliffe and Fritz Maytag were just starting to plot the birth of the craft beer movement. 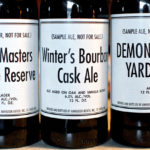 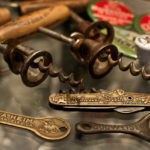 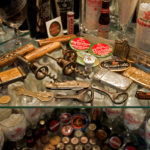 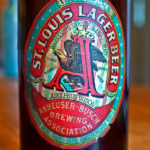 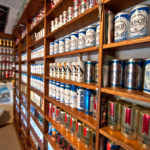 Della Rochetta doesn’t have any favorites in his vast collection, but he shared a few with me worth mentioning. The most unusual is a fifteen-year-old bar of white chocolate (now beige) stamped with a vintage scene of the St. Louis brewery. Although it casts a sweet aroma I’m sure it’s less than savory. His rarest item is a test can from 1936; the first year cans were introduced. He paid $4,400 for what’s essentially a product design mock-up that was never manufactured in massive quantities.

As for the future of the hobby, younger generations aren’t flocking to the limited number of shows in the Bay Area and beyond. Regardless, Della Rochetta will continue to corner the market on all things Anheuser-Busch with help from eBay. He has no plans to sell his collection even as the overall market interest declines. This is the hallmark of any passionate collector. The objects connection to history and the people who made it, consumed it and enjoyed it is more satisfying to dwell on than monetary appreciation.

If you would like to learn more about breweriana there are several organizations that will help you get started.