Let’s face it. Describing any food or drink as being primarily sour isn’t going to entice a majority of American consumers, especially when it comes to beer. For fifty years mega-brewers have offered little variety and define beer in very narrow terms; clean, refreshing, and ice-cold. Sour has been relegated to candy and dairy products among other things.

American craft brewers are working hard to change this perception. Many are infusing beer with funky strains of Belgian yeast that cultivates the sour flavor during fermentation. The results have been so successful that it’s become a dominant craft beer trend and has the mainstream media taking notice. The New York Times featured several sour beer producers earlier this year. 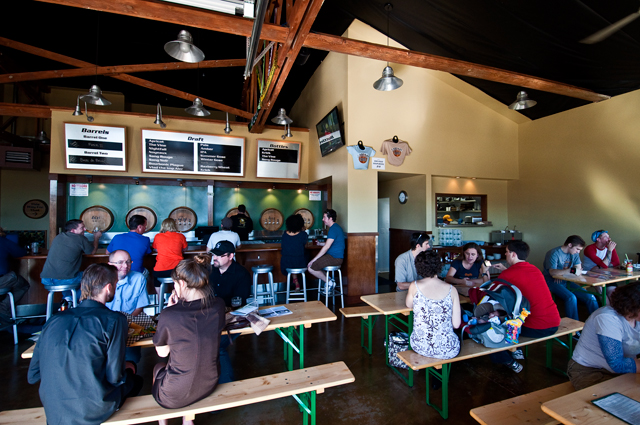 One of the leading sour beer proponents is Cascade Brewing in Portland, Oregon. A month ago I had the pleasure of briefly visiting their new barrel house. They quietly opened their doors on September 24th for a “soft” opening to avoid being overrun with large crowds. Portlanders were chomping at the bit on Twitter and staff needed to fine-tune their skills before the onslaught. 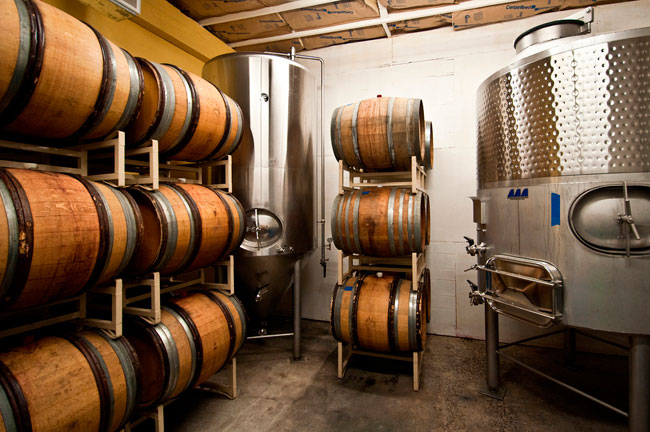 Blending and aging is the primary purpose of the 7,000 square foot facility, but a bar and restaurant out front will also showcase the beer and how it can be paired with food. Cascade’s original location in the Raleigh Hills neighborhood, the Raccoon Lodge and Brewpub, is still home to brewing operations. They simply ran out of space. Preston Weesner, Cascade’s barrel manager and blender, gave me a tour. Barrels lined each room in various stages of maturity with notes about fruit and color on the head of each barrel. Unlike pungent bourbon barrels, there wasn’t a strong aroma filling each room, but just seeing their potential was enough to light up my taste buds. Onto the bar! 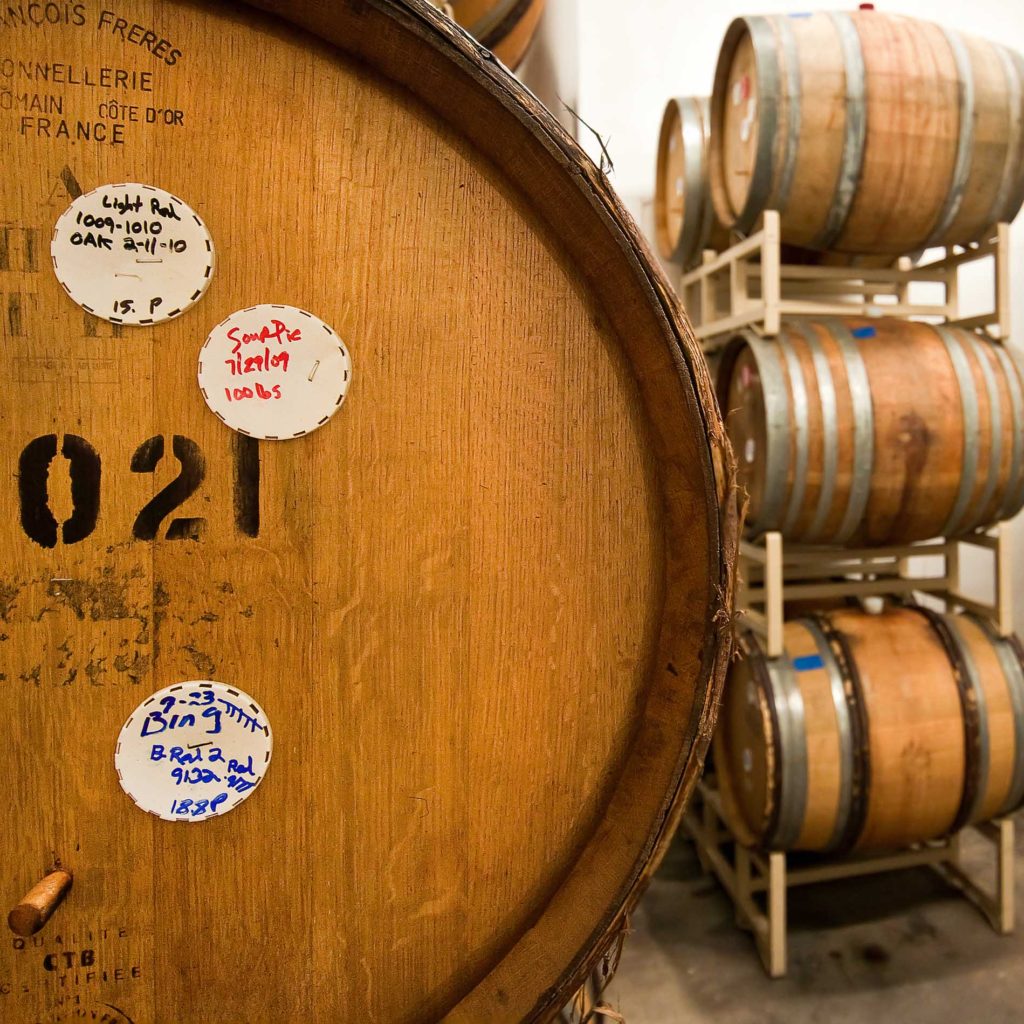 Visitors have sixteen different taps to choose from and three aren’t sour. Sometimes a tartness break is a good idea and not every visitor will be excited about the wonderful effects of lactic acid. One small disappointment regarding my visit was the lack of a tasting sampler. They’ll give you a tiny taste of anything you want, but not a whole tray of options. According to the server, Cascade believes the experience of savoring a whole beer is better than jumping around. While their opinion has its place, the incredible range of flavor and complexity of sour beer is important to take in, especially for newcomers to the style. In addition, their opinion places a high degree of importance on the server’s ability to convey the subtle qualities of each option. While my server was adept at this task, it may not always be the case. 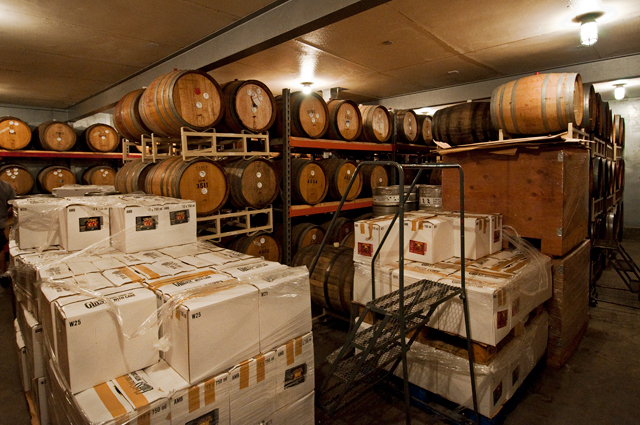 As for the beer, my favorite selection was the Noyeaux. It’s a seasonal beer made from several different Belgian strong blondes. One batch was aged with raspberries in white port barrels while the other spent some time over roasted apricot nuts. The two fruits coalesced nicely in aroma, body, and finish.

The House of Sour Beer will undoubtedly thrive in Portland even though breweries keep opening in all shapes and sizes. Cascade Brewing has set itself apart from the pack and shouldn’t be phased by the competition. The city is home to a critical mass of beer lovers who will eagerly lap up every sour concoction. Beyond city limits Cascade’s reputation continues to rapidly grow. Their slowly converting the masses and helping to redefine what beer is and can be. I’m just left wondering what other city in America could support a venture with such singular focus? Boston? San Diego? How about San Francisco?