Four days of free beer, technical seminars and a trade show filled with brewing gadgets pretty much loosely defines the Craft Brewers Conference & BrewExpo America (CBC), which took place in San Francisco on March 23-26. After pleading my case to the Brewers Association I was granted a media pass to cover the event for BayAreaCraftBeer.com. My backyard was the center of the craft beer universe and I felt very fortunate to attend.

My plan was to take hundreds of photos and soak up every bit of industry knowledge my brain could hold onto while it battled endless rows of beer filled ice buckets. This may have been a mistake, but I didn’t know what to expect or where to start. There were over fifty educational seminars, a BrewExpo the size of a football field, hospitality events and a record breaking 3,900 industry professionals roaming the Hilton Hotel.

I retrieved my golden media badge on Wednesday morning at 7:30am. Since I lost my drivers license earlier in the week, I had to flash my passport to nab a swag bag filled with beer, a commemorative glass, a USB drive, a copy of the New Brewer Magazine and brochures outlining every detail of the conference.

The four pack of symposium beer was a big surprise. A select group of Bay Area breweries collaborated to produce an Oyster Stout, New Albion Porter, IPA and Sour Brown. The rest of my day was spent at work, where I twiddled my thumbs until the evening’s Welcome Reception at the California Academy of Sciences.

Since my wife and I are members, food trays and beer stations trumped the allure of Claude the albino alligator. Northern California brewers served their frothy best in the African Hall, Aquarium, next to the Rainforest and in the Galapagos Islands. It was a little surreal to fetch beer in front of a colony of African penguins.

Judging from reactions on Twitter the night was a raving success. Guests mingled with old friends and sipped the best of California beer all while measuring the effects of Global Warming. I’ve also never seen the docents so busy. Beer geeks can cast a pretty wide intellectual net. It all ended at 10:30pm and I turned in early to prepare for a long day of listening, learning and dehydration management. 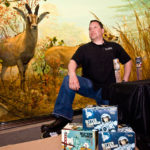 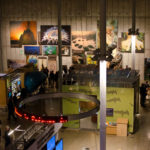 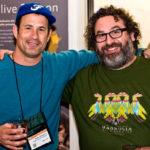 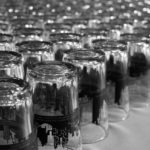 I was bright and fresh Thursday morning for the most anticipated moment of the conference. Brewing pioneers, Fritz Maytag of Anchor Brewing and Ken Grossman from Sierra Nevada Brewing, provided the keynote address from easy chairs and exchanged recollections on the early days of craft beer.

The discussion was inspiring, humorous at times and humbling. I highly suggest listening to the whole thirty-minute dialogue over at the Brookston Beer Bulletin. The moment I’ll never forget? The cacophony of corks popping off hundreds of Fritz & Ken’s Ale bottles that echoed through the massive hall before the ceremonial toast.

They all vied for attention with rich and often large displays, which in some cased featured large brew kettles and bottle filling units. I particularly enjoyed the tables filled with highly aromatic hops and the miniature steel brewery built by Newlands USA from Detroit. I overheard the inner child of one attendee wishing he could take it home.

After roaming the aisles of the trade show I settled into a steady diet of educational seminars over the next two and a half days. Imagine going to all your favorite college classes and everyone has one or two beers in hand. Since I’m not a brewer, I avoided highly technical discussions and opted for more general sessions.

The Versatility of American Hops was one of my favorites. Moderated by Firestone Walker’s head brewer Matt Bryndilson, the session panel featured several brewers including Brian Hunt from Moonlight Brewing, who discussed his own approach to using hops. The session was supplemented by beer samples and a nifty hop guidebook.

Other seminars I attended included a Government Affairs Update, Delaware Calagione and the Lost Temple of Yeast, Working with Chefs, Beyond Hops and Malt, The Green Brewery Project and Tapping the Potential of the Boomer Market.

Most were informative, lighthearted and had excellent Q&A’s, but a few lacked solid content and structure. Working with Chefs fell into this category. The hour long session was led by three panelists: Executive Chef Adam Dulye of Monk’s Kettle, Greg Koch, Co-Founder and CEO of Stone Brewing and Jared Rouben, Head Brewer of Goose Island Brewpubs.

After brief introductions, the session deferred straight to audience questions, which triggered some great panelist insights, but the conversation jumped around and lacked basic guidelines for the audience to take away. Darts were essentially thrown at the wall and a few stuck. 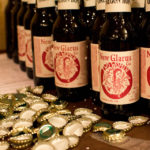 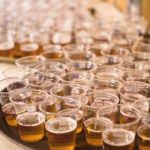 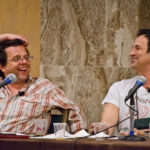 Between seminars, lunch and hospitality events drew big crowds. Craft beer from around the country filled ice buckets or wound its way through jockey boxes. Quite a bit of it I couldn’t normally find in California, like selections from Brooklyn Brewing and New Glarus Brewing Company. Each event was filled with discovery or tried and true favorites.

The ever-present beer fueled lively discussions and impromptu symposiums. I’ll never forget the mini branding class Pete Slosberg gave to nanobrewers Creek and Johnny Van Houten when he asked for their 30-second sales pitch. He critiqued their approach and then walked them through his original branding strategy for Pete’s Wicked Ales and Cocoa Pete’s Chocolate. It was incredibly insightful. Did you know funny man Bobcat Goldwaith inspired the “Wicked” in Pete’s Wicked Ales?

Once each day concluded around 5:00pm, that’s when the series of special events at bars and restaurants throughout the Bay Area were on the agenda. Most of them were hosted by breweries and the public could attend with a few exceptions. Lagunitas and Anchor Brewing sponsored the most popular. They rented out the Fillmore and presented British songwriter and guitarist Richard Thompson.

I attended a few gatherings and especially enjoyed the Widmer Brothers party at New Delhi restaurant and a beer release party hosted by Deschutes Brewing at City Beer Store. Widmer Brothers paired their uber hoppy IPA’s with an array of Indian appetizers. The pairings were exceptional, except the palate burning Naan covered in Ghost Chili Spice.

Deschutes Brewing employed Fatted Calf to serve their delectable meats, which also matched nicely with the never released Black Butte XXII. Apparently the experimental chocolate never quite dissolved in the Imperial Porter, leaving unsightly bottles, but a few kegs remained for special events like this one. The rich toasty chocolate beer coalesced nicely with the fatty laden animal flesh.

After several days of this routine I was pretty whipped. Jockeying for photos grew tiresome, my attention span dwindled and ultimately I was thankful the conference came to a close on Saturday evening (blasphemy I know).

Overall, I’m grateful I had the chance to gather some more knowledge and insights into the craft beer community. The excitement surrounding the industry’s growth is tangible and it was wonderful to witness all the camaraderie. Next’s year’s conference will be in San Diego. If you can get your foot in the door don’t pass it up.