In the fall of 2011, my friend John Heylin pitched an idea to me. He was inspired by a promotional video created for Vancouver Beer Week, and wanted to do something along the same lines that might go viral. At the time I was communications director for SF Beer Week.

“What’s SF Beer Week like?” Was a question John kept hearing from his friends, and his video would be the answer. All he needed was a case of Pliny the Elder from Russian River Brewing, a few friends, and someone to shoot the video.

If you ask craft beer geeks around the country, what beers come to mind when you think of the Bay Area, Pliny the Elder would be near the top of the list, if not #1. It’s a fantastic double IPA that essentially defined the style, turned thousands of people into hopheads, and has a very limited local distribution. People are obsessed with the beer.

John thought it would be fun to play with that emotion and use the beer as a symbol for the craziness of SF Beer Week. In a nutshell, we have so much Pliny and fun during SF Beer Week, that we can dump it all over each other in celebration. There’s a dramatic introduction before the sudsy chaos ensues.

Was all the beer wasted? Of course not. At the conclusion viewers are informed that “No Pliny the Elder was harmed in the making of this video.” We drank all the beer and then filled the empty bottles with a cheap macro.

Since the video featured only one local brand I couldn’t officially promote the video with an SF Beer Week stamp of approval. I also wasn’t sure if the prank would be well received by Russian River Brewing (they ended up loving it), so I stood on the sidelines, took photographs, and stayed dry. 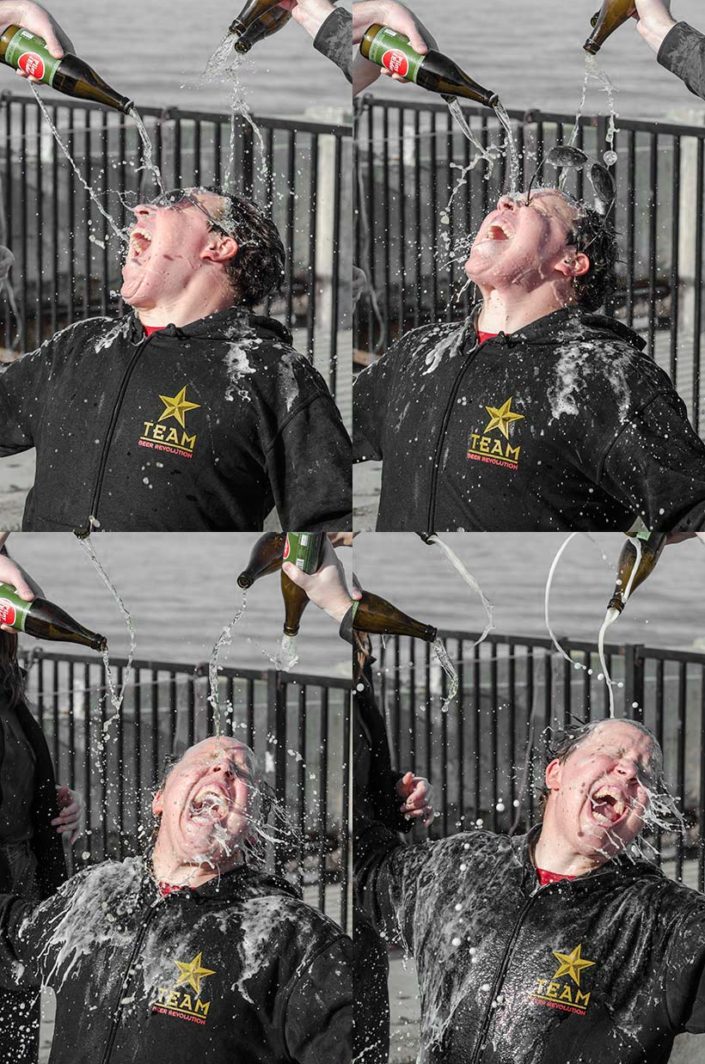 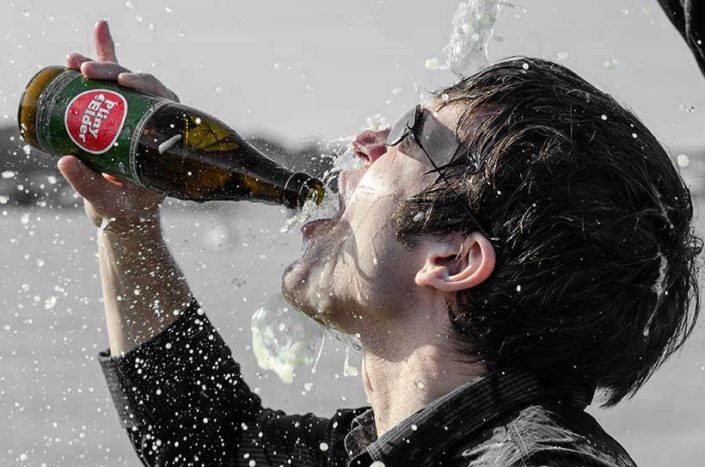 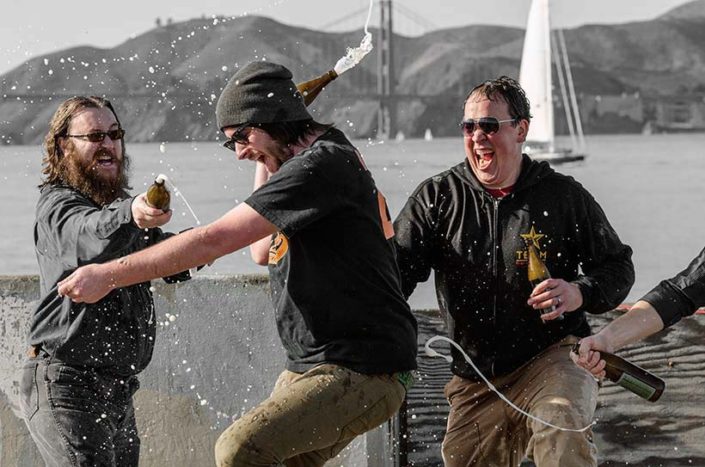 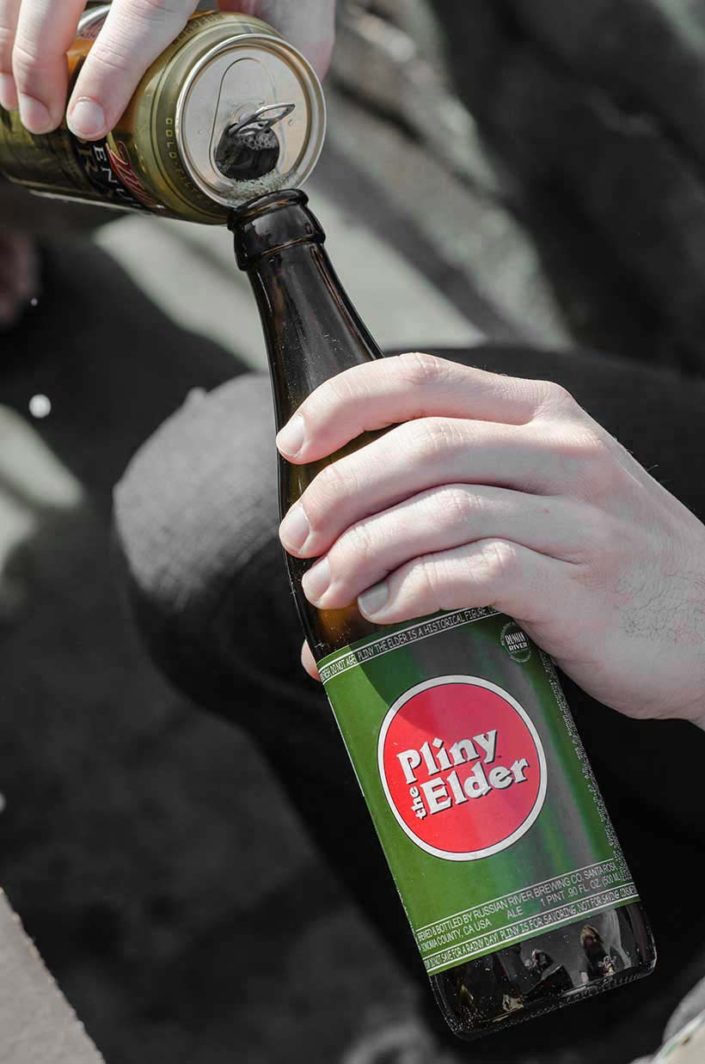 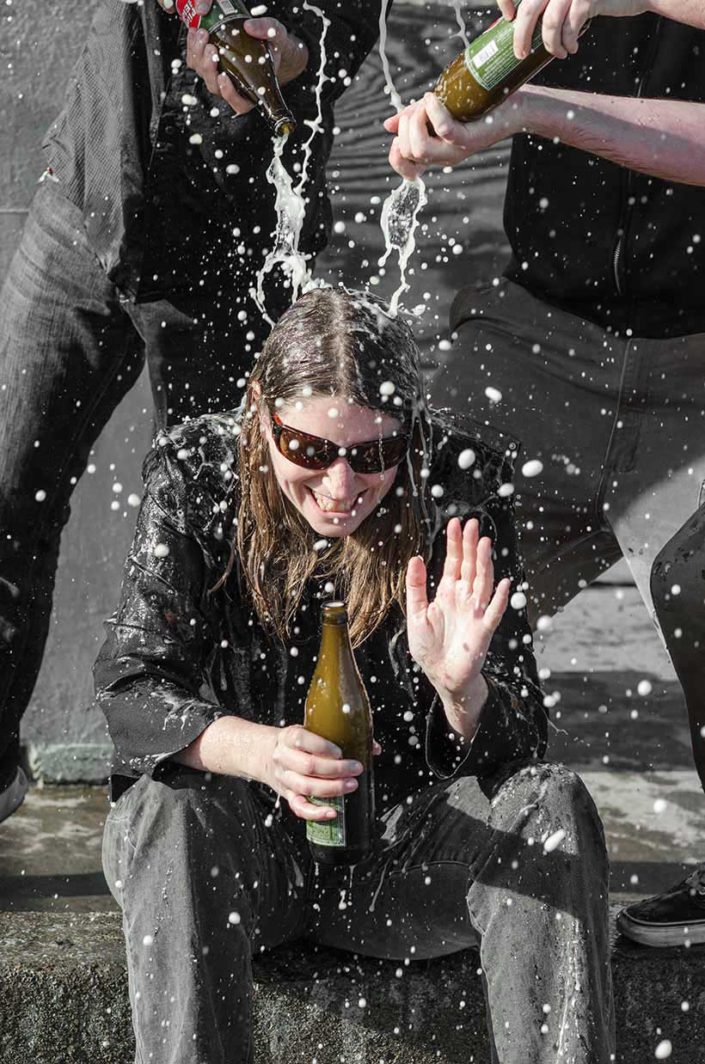 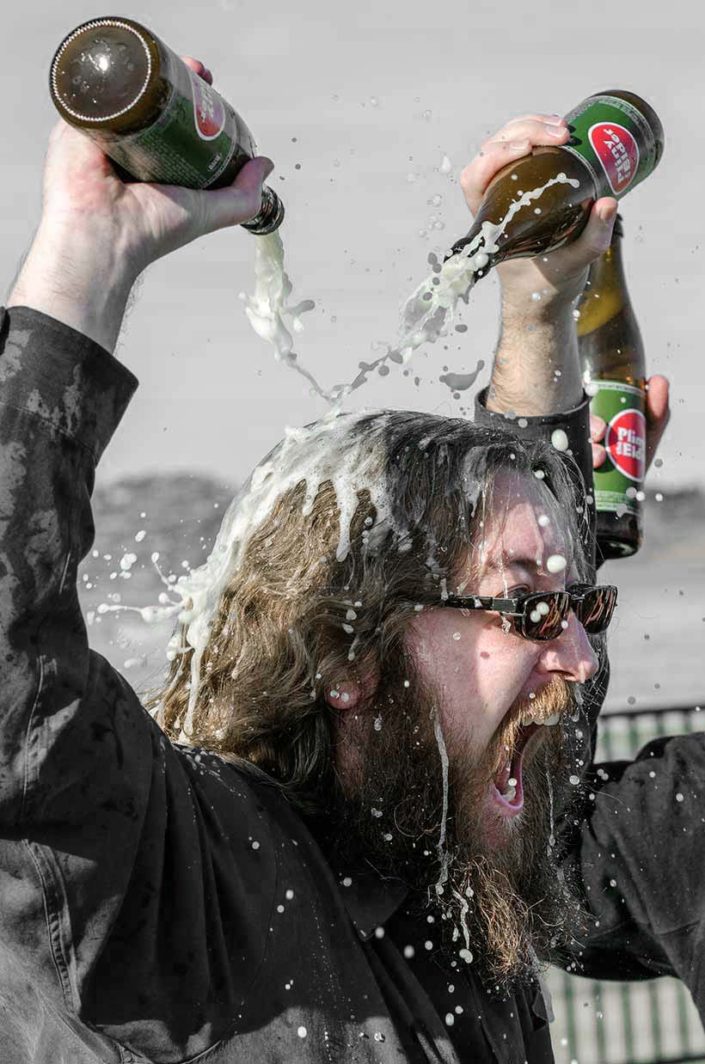 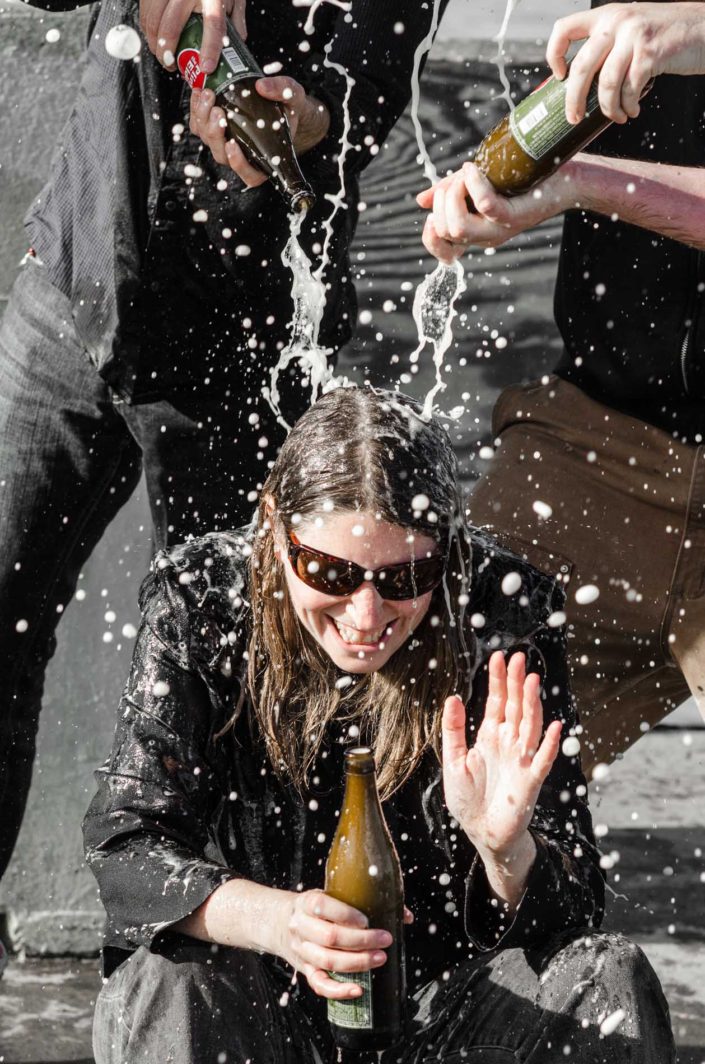 All Over BeerSF Beer Week