Ready to Roll in the Dogpatch

Last week I was fortunate to document a very important, and dare I say historical moment, that took place in the Dogpatch neighborhood of San Francisco. Magnolia Gastropub & Brewery is building a brewery in the city and the first delivery of shiny new equipment took place on Thursday, May 16th. Their current brewery in the Haight Ashbury neighborhood can’t make enough beer to keep up with demand. It’s been that way for at least three years, and ever since they’ve been carefully planning and raising funds for a new location.

The new brewery is going to house a 30 barrel brew system, which is three times the size of what they currently have, and should easily meet consumer demand for the time being. While I was there, Magnolia brewer Ben Spencer told me that they would have to brew every day for two weeks on their Haight Street equipment to fill one of their new 60-barrel fermentors. At the new location it will just take two brew sessions.

Their equipment was made at Craftwerk Brewing Systems in Michigan, not far from where I grew up. I was extremely happy to hear this news from Magnolia owner Dave McLean back in 2012. There’s a talented labor pool in Michigan that can do more with metal than just build cars. Magnolia’s order also happens to be their first sale on the West Coast, which I hope is just the beginning.

The first of two eighteen wheelers rolled up at 6am. The rigging company in charge of making sure they get inside without a scratch was waiting. It took about six hours to move the five tanks into place. The remaining equipment, which includes the brewhouse, kettle, and more, will arrive later this month.

The photo above is my favorite shot from the day. I was standing probably 75 feet away and was using my 85mm prime lens. When I showed the picture to my wife she jokingly said it looked staged because the composition seemed too perfect, but it was simply serendipity. She also likened it to the Space Shuttle being moved into place.

The picture window created by the large roll up doors was an excellent framing device, accompanied by the frame of radiating vertical lines to the right and left of the opening. The small curbs at the bottom, and the debris on either side, also give the image a little depth. I also like how the fermentor being rolled inside is positioned in the middle of the image, and that Dave McLean’s head is nearly in the center of the circle. All of these composition devices along with the lighting make it appear as if this big important moment is happening on a theatrical stage. 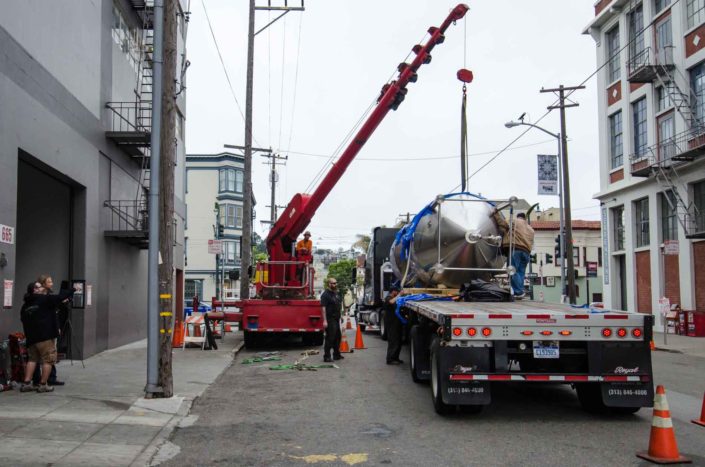 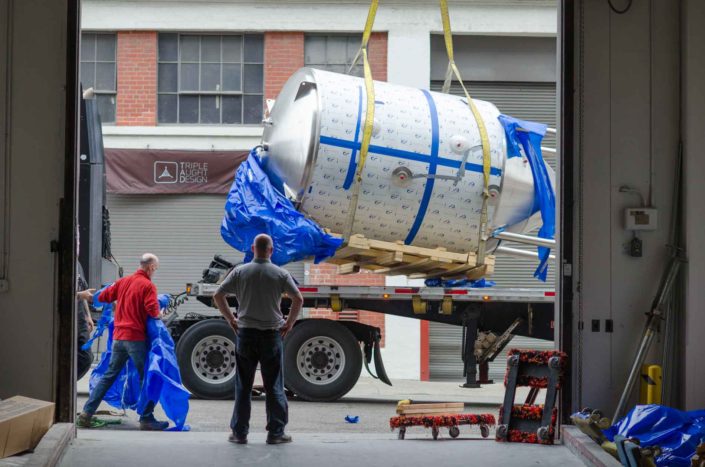 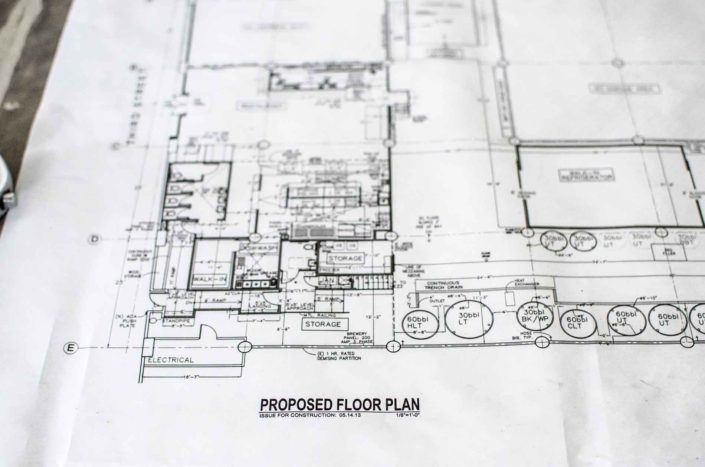 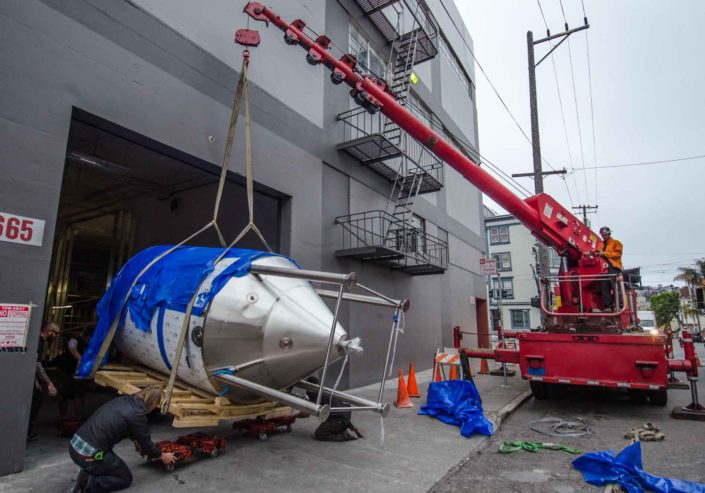 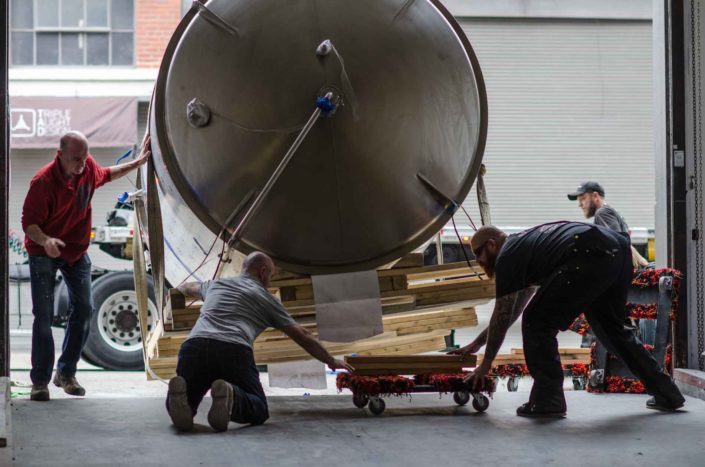 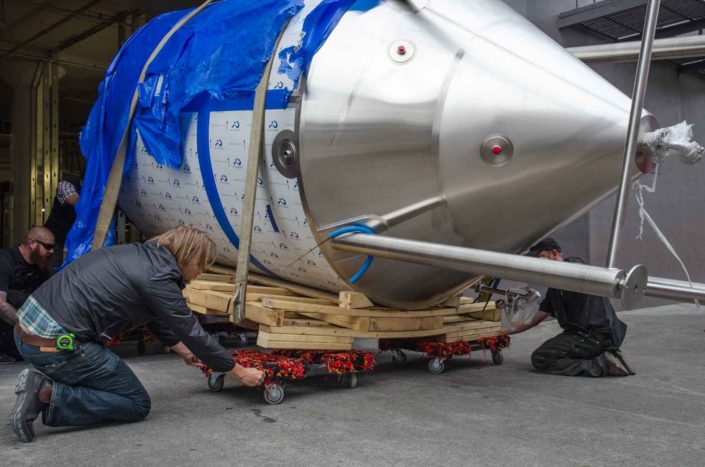 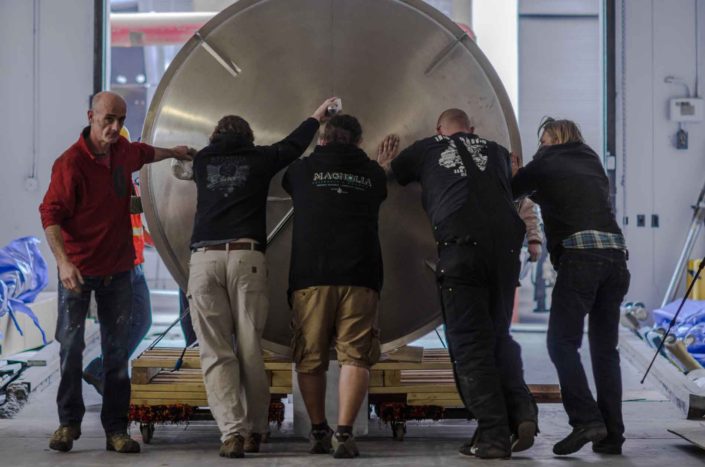 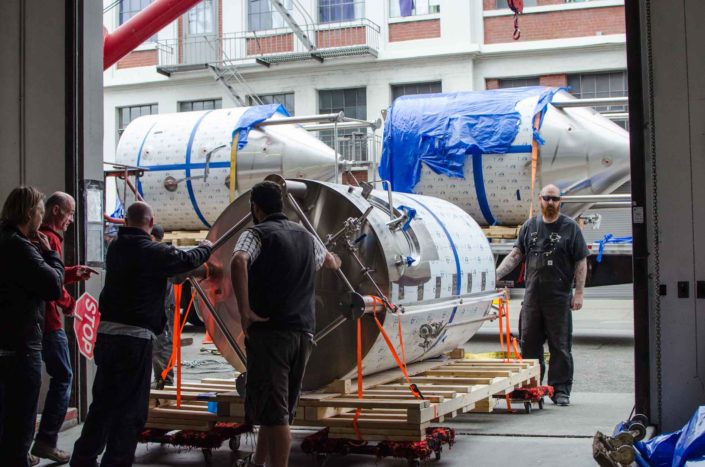 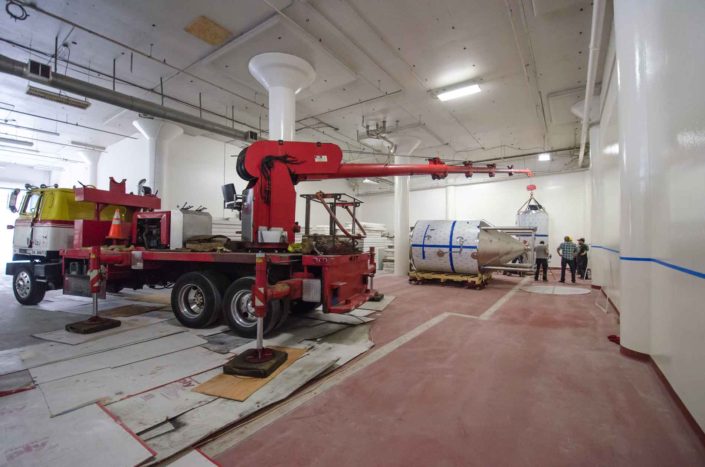 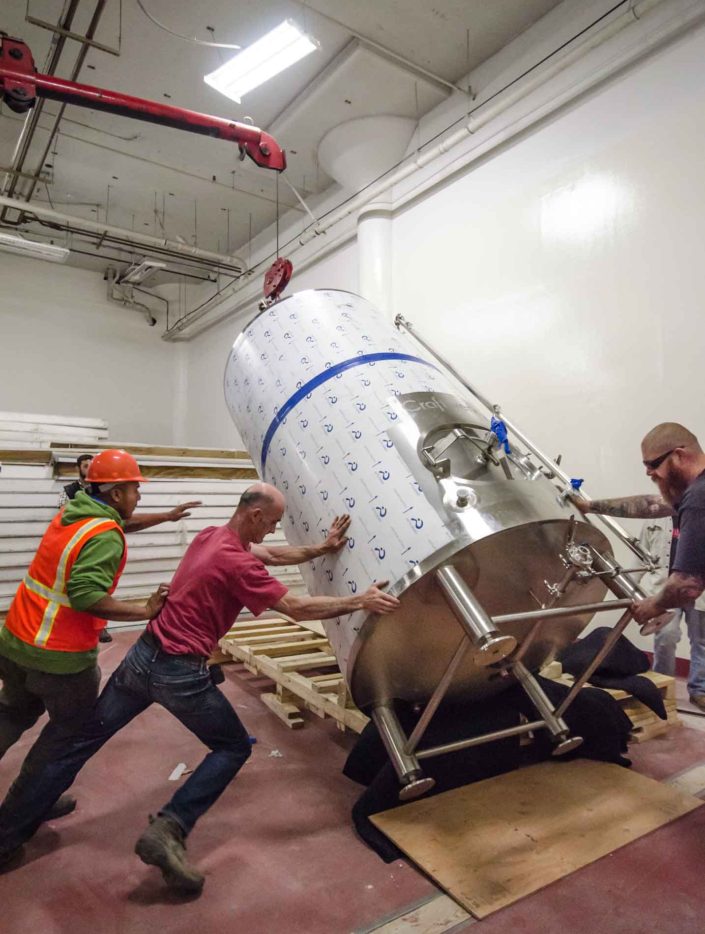 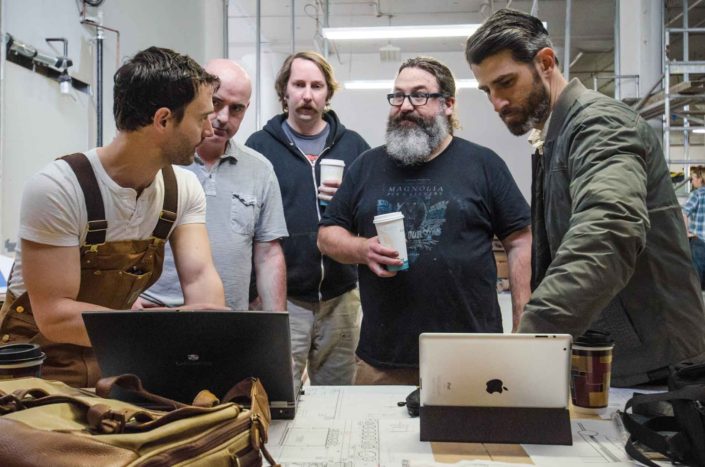 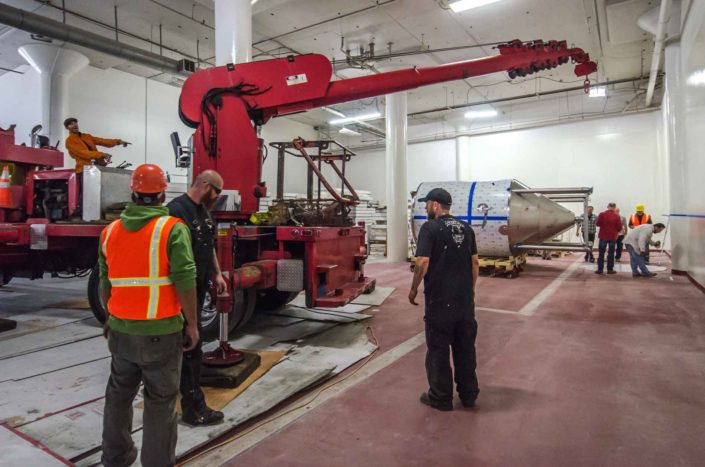 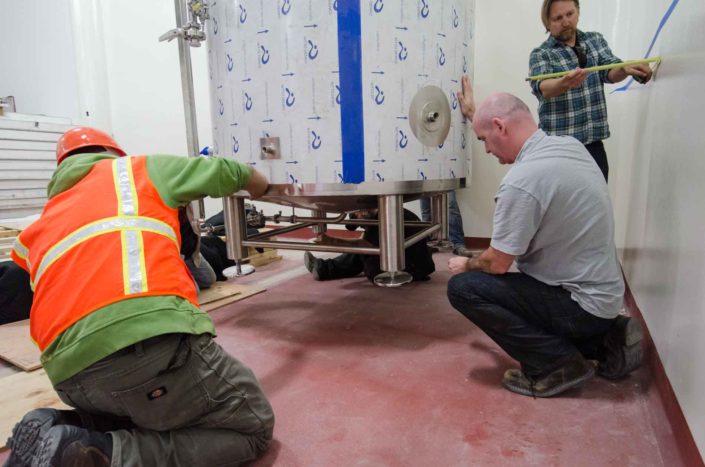 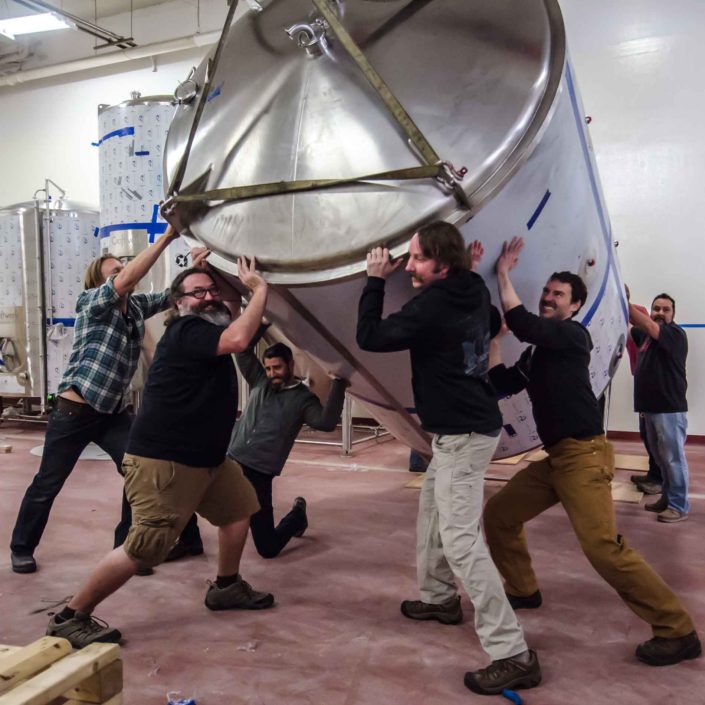 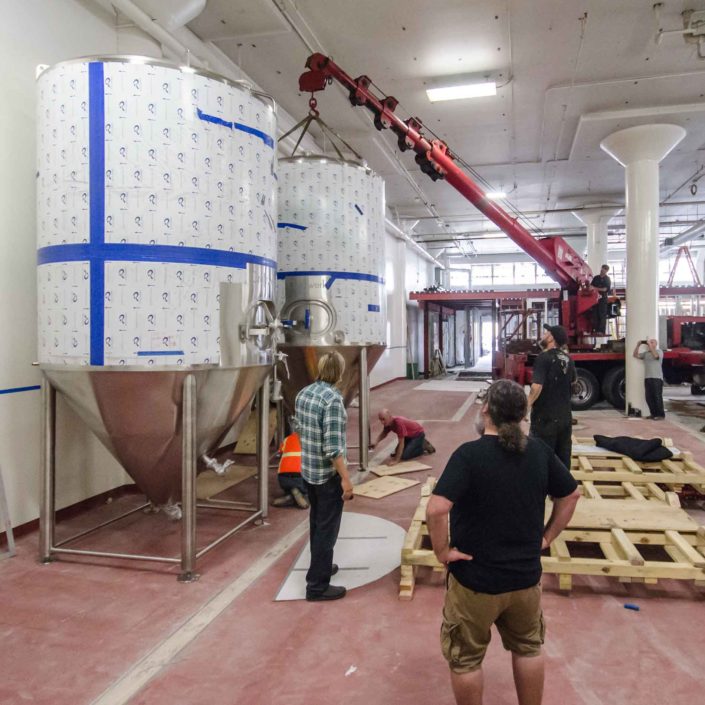 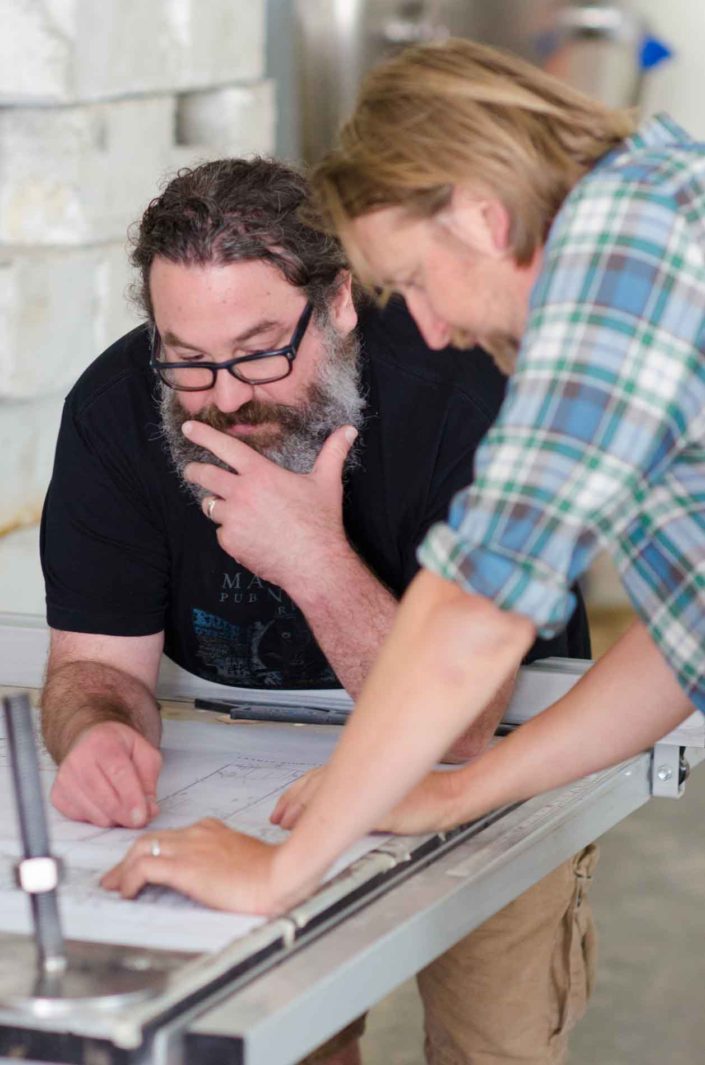 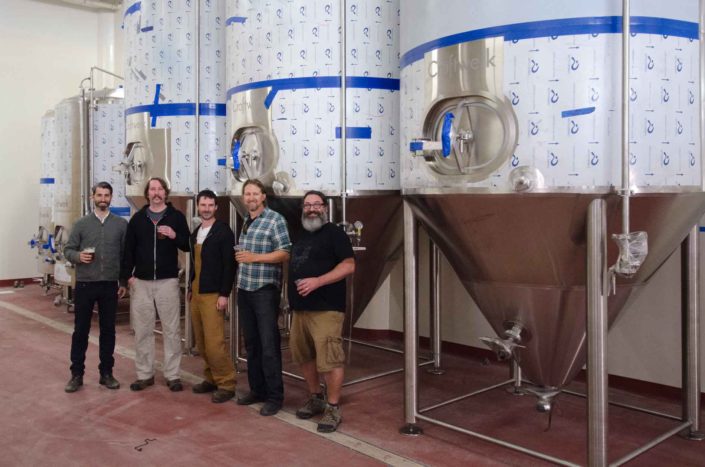